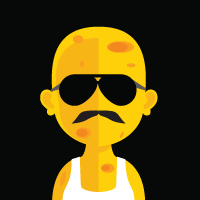 About 10 years ago, I inherited my father's business. I was really concerned about the restaurant, particularly the quality of the food. However, after carefully evaluating things, I realized that all we needed to do was to update our food supplier, work harder to train our employees, and take our customers' recommendations to heart. After we made those changes, things started to change very quickly. We realized that people were happier, and we felt really great about our changes. This blog is all about knowing how to choose the right food supplier and how to find foods that your customers are going to love.

Looking to open up a local deli in your city? If so, then you will need to stand out from the competition to succeed. Fortunately, you have a lot of great ideas to choose from when starting your deli business. Here is a look at a few of the most intriguing business concepts.

Most people probably associate delicatessens with meat-filled sandwiches, but vegetarians are also a large part of the restaurant market and they may be an untapped market. You can cater to these customers by focusing on vegetarian foods. Create a menu that offers many types of cheese and vegetable-filled sandwiches, as well as vegetarian side dishes such as beans and meatless salads. If you are not sure that going totally vegetarian would work in your area, you can offer a selection of traditional meat sandwiches and also create a special menu just for your vegetarian customers.

If your local area has a large population of a specific nationality, such as people with German or Polish ancestry, then focus on the meats and foods that come from this part of the world. For instance, if your deli is going to be located in a Polish neighborhood, then offering special foods such as pierogi, dumplings that can be filled with a variety of meats and cheeses, is a great idea. If the area has a large German population, you could focus on foods such as sausage and sauerkraut.

The trend for natural foods that have not been processed with a lot of chemicals is very strong. To cater to this trend, you could start a deli that only sells natural and organic foods. For example, in this type of store, you would sell meat that is grown according to the Department of Agriculture's organic standards. These standards include no antibiotics or growth hormones allowed for the animals (among other requirements). Any produce that you sell or place on your sandwiches would be organically grown also. Offering organic coffee to your customers is also a nice idea.

Another possibility for this type of deli is to cater to the market for foods that do not contain gluten. For example, you might have a large selection of sandwiches that are gluten-free, in addition to your regular sandwiches.

You have several good options at your disposal when starting a local deli in your town. Just make sure to research your area thoroughly to improve your chances of success.